What is the Osmotic Effect?

"Osmotic effect” occurs when water migrates out of a tilt-up panel into the casting slab during the critical hydration process. Cement on the downside of the panel does not completely hydrate. Effects range from minor panel surface defects like dusting to more severe damage like complete skin pull-off.

Why does it Happen? 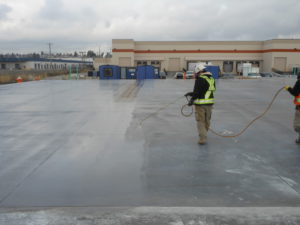 How can I Prevent the Osmotic Effect?

The most effective preventative measure against the “osmotic effect” is to eliminate the previously mentioned gradient differentials from the start. This is achievable by saturating the casting slab with water before placing the concrete panel. This increases the water concentration in the casting slab, eliminating the gradient, which in turn eliminates osmosis. Please note that removal of excess water from the casting slab immediately prior to panel placement is crucial. Otherwise, the reverse effect of too much water can cause surface dusting.

Another key step in preventing the osmotic effect is using a chemically active, breathable cure and bondbreaker. This will reduce water migration through the bondbreaker while allowing vapor transmission. 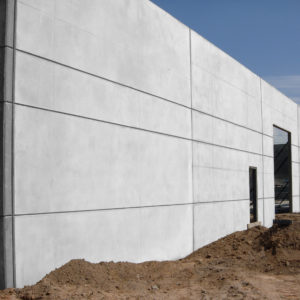 Additionally, a silicate based hardener, sealer and dustproofer such as Duro-Nox provides added resistance to the “osmotic effect”. I reacts with hydrated lime in the casting slab to densify, harden, and reduce the porosity of the slab surface, thereby reducing the opportunity for osmosis to occur.

Inform yourself of the dangers of working with muriatic acid and learn about the benefits of removing concrete buildup with an organic acid based product in Lisa Wells' article, "Safe Alternatives to Muriatic Acid" in the April/May 2018 issue of Concrete Contractor magazine. 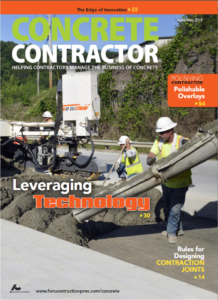 Anyone in the concrete industry knows how difficult removing built-up concrete on tools and equipment can be. Many turn to muriatic acid to do the cleaning but this chemical is dangerous to those using it and anyone close enough to inhale its fumes. It's also highly corrosive and will damage many of your tools.

There are safer, organic-acid based alternatives that actually do a better job. Blast-Off, for example, is made from sugar beets and it turns caked-on concrete to mush that easily washes away. And Blast-Off is safe to use on all surfaces, even rubber, glass, metal, and electrical components. 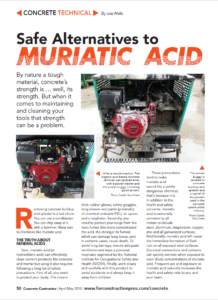 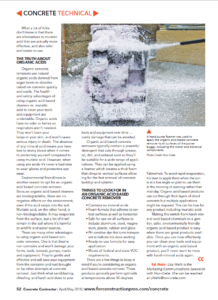