When one of her customers wished they had an eraser for an acid stain gone awry, Emily Reese with PNW Polishing in Puyallup, Wash., had an even better tool— Nox-Crete's Acryl Pen.

Reese was approached by a customer who topped a partial aggregate, broom-finished sidewalk at a residence with an acid stain. Upon completion, the stain turned a displeasing shade of orange. Reese was dispatched to fix the color issues.

"After hearing about the deep pigment of the sealer, we knew we needed something really penetrating and resilient," Reese said. "Acryl Pen was that solution."

The result, a much more calm and collected shade of Acyl Pen's "Charcoal Gray," covers up the entire history of the acid gone awry, shown in Reese's "before" and "after" photo sets. The pictures speak volumes for the magic that Acryl Pen can perform. But so can Reese.

"We at PNW Polishing have accomplished our first of hopefully many projects using Acryl-Pen by Nox-Crete," she said.  "It was extremely user-friendly to apply and was not overly labor-intensive. Spray and back roll. We will certainly use this product again! It’s a quick but resilient transformation, and the color selection is also a good variety to fit every customer’s desired look!" 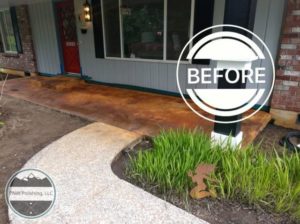 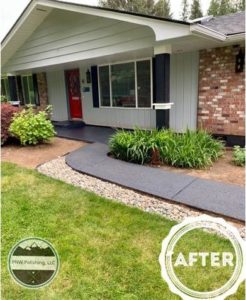 Nox-Crete was proud to go Bronco Blue with a custom order of Acryl Pen. Our lab technician and colorist collaborated on the exterior concrete stain to match the widely recognized blue turf at Boise State's Albertson's Stadium. A match was crucial since the concrete to be treated would lead right up to field fondly referred to as "The Blue".  Other Nox-Crete team members worked together to rush this product off to the folks at Boise State and our sales rep later reported we had happy customers. Happy customers are always the goal and we're proud to have played a small role in outfitting Boise State's stadium in Bronco Blue.

Read more about "The Blue" here. 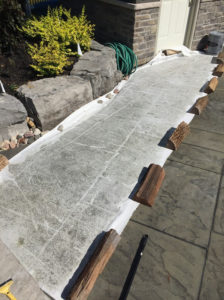 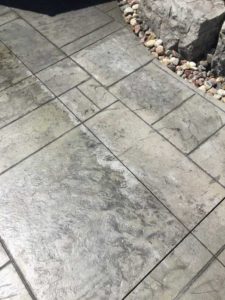 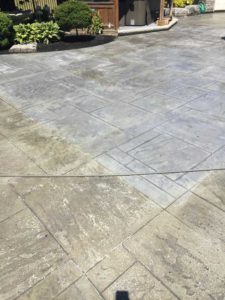 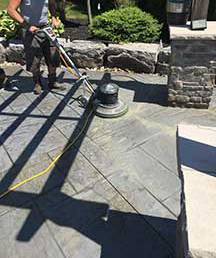