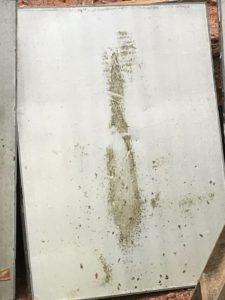 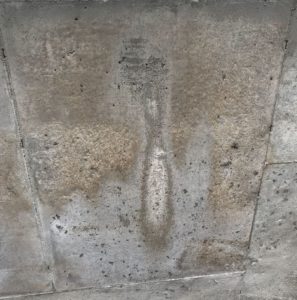 As the Nox-Crete team grows, the parking lot seems to be shrinking. A parking spot became a prized commodity until a new expansion project was set into motion.

The bigger and better parking lot was poured in sections as the late summer Nebraska weather permitted. There's now an additional 10,000 square feet and parking stalls have doubled from 20 to 40. When it's all completed, the new parking lot will feature a secured gated entry and exit lanes to help with traffic flow.

To achieve great results on this parking lot, the team used Nox-Crete Monofilm for evaporation control, Nox-Crete Res-Cure DH 100 as a curing agent and Nox-Crete Stifel for protection against water and salt. That combination is sure to provide lasting results for the new surface.

Nox-Crete is the Moldtech representative for the United States and Canada. For pricing and availability of Moldtech products, please contact Nox-Crete’s Precast Division at: precast@nox-crete.com or 402.341.2080.

Manufacturing devices for turning large precast elements 180º is nothing new for Moldtech, manufacturer of forms and equipment for the precast and prestressed concrete industry. But these turners came with a maximum weight capacity of 55,116 lbs. At the request of Jensen Precast, Moldtech now has a turner with a 100,000 lb. weight capacity.

Read more about this heavy-duty turner on Moldtech's blog. Remember, Nox-Crete is your Moldtech U.S. and Canada representative!

Attendees of the TCA Tilt-Up Convention & Expo in Dallas will find the best tilt-up products and the most knowledgeable tilt-up experts in the industry at the Nox-Crete booth, #301.

Have a chat with our team to learn about our top-of-the-line PVC rustication strips, Clean Line Reveal, 2018 winner of the Most Innovative Products at the World of Concrete! Clean Line Reveal for tilt-up and precast is durable, easy to install and offers a clean release every time. Or let them show you PacForm, our laminated veneer lumber wall panel edgeform.

In the market for a good bondbreaker, cure or joint filler? They can help you with that too! Stop by and see them Thursday September 20 and Friday September 21.

In part 2 of his 4-part series, Destry covers how to achieve the best results from your formwork by choosing the right release agent. It goes way beyond which standalone product is best. How, when and on what you apply it are all things to consider in choosing the best product for the job. Read "Matching Form Release Agents to Application Methods" in the Fall 2018 issue of Concrete Facts magazine!

Check out Destry's latest article right away and also have a look at Alumi-Nox R to reduce build-up and improve appearance! Then, to see what Nox-Crete can do to help you achieve smooth forms, contact Destry at DKenning@nox-crete.com or 402-504-9232.